Last night after supper, everyone was running wild and making noise and after doing a ton of grocery shopping and then making a bare bones supper, I just needed a break. I asked Mike for ten minutes to lie down and clear my head, maybe to think about the coming week and what my priorities ought to be. He quickly agreed and started getting the kids ready for bed while I went to our room and locked the door behind me (that step is incredibly important in this house – someone will always follow you otherwise).

I left the lights off and laid down, tired and a bit overwhelmed. “Okay,” I thought, “what is the date? What’s going on this week? What needs to be done? September 7th. Tuesday is the 8th. September 8th. That feels significant for some reason. Elias just had a birthday on the 6th; I know it’s not related to any of the kids. No other family birthdays. OH! I think the 8th is the day I met Mike!”

I can’t actually guarantee that September 8th, 2002 was the day my bus drove into Westbank (now known as West Kelowna) but I know it was sometime in the first week and a half of September. Mike looked at the calendar from that year for me and it seems likely as I’m fairly certain it was a Sunday that I got there and that we started our Discipleship Training School (DTS) the following day.

I know many people remember the moment they met their significant other – in bars, church, school, coffee shops, blind dates, etc. I met Mike briefly when one of our staff members – a French speaking, dreadlock wearing Swiss man named Johann – introduced me to everyone who was already on the Youth With a Mission (YWAM) base. I remember meeting James (who also had dreadlocks), Micha (also from Switzerland but German speaking and very clean cut) and Mike. I know I met other people but these three stand out in my memory – at least right now. Mike was on the third floor where our rooms were – girls on one side of the hall, boys on the other. He sat slouching on a couch with his bare feet planted widely apart on the coffee table in front of him. He had a buzz cut and huge mutton chop sideburns. It is highly likely that he was wearing a bright yellow shirt with holes in it. I said hi and moved on to my room, not giving him much thought other than, “Sideburns? Really?” He looked awfully comfy and laid back so I thought he must have been there for some time already but he only got to the base a day or two before me. He is just a very laid back person no matter the setting.

Despite the lack of fireworks, Mike and I hit it off almost immediately. We had a school of ten students and all of us got along relatively well for most of the six months we were together. A year after the school ended, six of us had married each other. Eleven and a half years later, we are all still married. Mike had a similar sense of humour, liked the same movies and music – we had multiple duplicate CDs in our collections – and was easy to hang out with. We quickly became known as “Mike and Katie” in relation to the quirky movies we would pick to watch that no one else wanted to, the music we listened to, etc. But we were just friends. I didn’t go to DTS to meet someone and neither did he.

We went away for a week in the late fall that year, all ten of us and a bunch of staff. We spent time in Vancouver and after that, a weekend in cabins on a small lake – a time of preparation for the outreach we were going on in December. It was on that trip that I started to see Mike in a different light. He was becoming my best friend. He didn’t talk about or ogle girls like other guy friends of mine had. He wasn’t superficial, was clearly very close to his family and wanted a family of his own. In fact, I remember talking about the names we individually wanted to give our kids someday (names we eventually threw out as we couldn’t agree when we got married). I will admit – I flirted. At nineteen, I had only briefly “dated” two other guys and had a weird on again, off again relationship with someone else for a few years. I didn’t know any other way to get his attention than to flirt, hint at my interest in him and spend as much time around him as possible. Mike, on the other hand, had never dated. He did not pick up on my flirting or hinting at all. I don’t know exactly when he started to reciprocate my feelings but I didn’t know for sure until we were on outreach.

It is important to note that dating – or even special close friendships with the same sex – were off limits in YWAM. We were supposed to be mission minded, focused on keeping our relationships the same with all members of the team. There were stories of other schools full of people getting involved, even getting married just after and then quickly divorced. We were warned not to even think about each other that way. The fact that six of us ended up dating or engaged just after the school ended is proof that all those warnings just didn’t work. In our defense, we felt bad about it and committed over and over to waiting until after the school was done to pursue a relationship. And the worst we ever did was hold hands. We didn’t even kiss until our wedding day.

It was Christmas Eve, here in Fort St. John on outreach, that I finally said something that woke Mike up. Up until then, he said he had been second guessing himself – figuring there was no way I was actually interested in him. I feel a bit bad now for not being direct from the beginning. I met his family in Fort St. John and his sister caught on to me liking him. She told me that he was essentially stupid when it came to things like that and that he would never pick up on all my hints. In the end, it was a look he gave me while we sat at a Christian camp, preparing for an event we were having there – I don’t remember the conversation, but I do remember that I told him not to look at me like that. I said his looking at me like that might make me do all sorts of things – like moving to Fort St. John. Moving to Canada was never in my plans but I knew that if this was it, I would go anywhere. His eyebrows went up but he didn’t say anything. That night, I gave it all back to God, said that if it wasn’t what He had for me, I would lay it down. Mike gave me a note at some point that night and I held onto it until I could be alone. I thought he might tell me that he wasn’t interested in me but instead he essentially told me that he knew he could marry me someday. This was not the superficial, “I like you; I think you’re interesting,” that I had heard from the two or three guys back home. This was an “I love you; I think you’re beautiful,” although in gentle, shy words that were somewhat reserved and careful. I cried reading that heartfelt note. I carried it with me for a long time.

There is more to the story but all of this rushed through my mind last night in those ten minutes of regrouping. Instead of planning my week in that time, I thought on those early days of knowing Mike, getting to know his laugh and his smile and eventually the feeling of his hand in mine. That first meeting didn’t impress me much but it didn’t need to be love at first sight. I always wanted to marry my best friend – not marry someone and have them become my best friend. Mike was my best friend before my heart began to pull towards his. That was thirteen years ago. Eleven and a half years of marriage and six kids later and he is still my best friend.

Ten minutes isn’t long enough to relive all of it which is why I knew I had to write today. Those ten minutes were gone and I immediately had a diaper to change, pajamas to help with and goodnight kisses to give. That’s our life now but it really was so good to go back a bit before thinking about the freezers that need to be reorganized or the fact that it is September again and I still haven’t done my homeschool registration for the year. I think I ought to take more ten minute breaks to reflect on the past before I plan for the future. 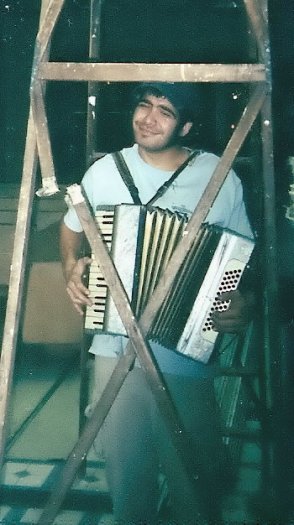 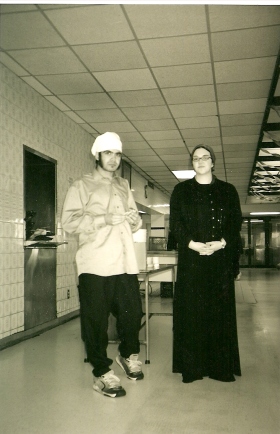 One thought on “Meeting Mike (and other thoughts)”